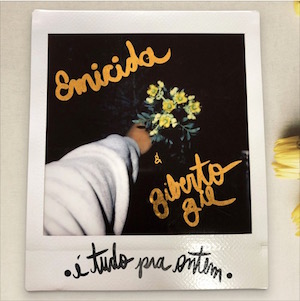 Emicida, the Brazilian musician and youth ambassador who campaigns for racial and social justice, wins a Latin Grammy, releases a collaboration with Gilberto Gil and takes his message to screens around the world with new Netflix documentary AmarElo

As European publicists and promoters for Emicida for just over a year now we were tasked with raising his profile through promotion of his album, a Netflix documentary, his Latin Grammy Award and a new collaboration with legendary artist Gilberto Gil.

Initially we were brought on to promote Emicida's Amarelo album and build awareness in UK, US and parts of Europe for an artist relatively unknown outside of Brazil. Leaning on his collaboration with Ibeyi on lead single Libre, the album crossed over into UK youth oriented media with The Line of Best Fit and Worldwide FM both interviewing him and BBC 6 Music's Mary Anne Hobbs featuring Libre in her Near Future feature.

In line with an international Netflix release, with massive global spotlight, we thrust attention on his film and his collaboration with a well known Brazilian artist Gilberto Gil focused on their roles as black ambassadors fighting for equality culminating in a first UK mainstream press feature in The Guardian.

Emicida’s music is a vivid and truthful result of someone who continuously thinks about life and spirituality, history and politics, love and empathy Line of Best Fit