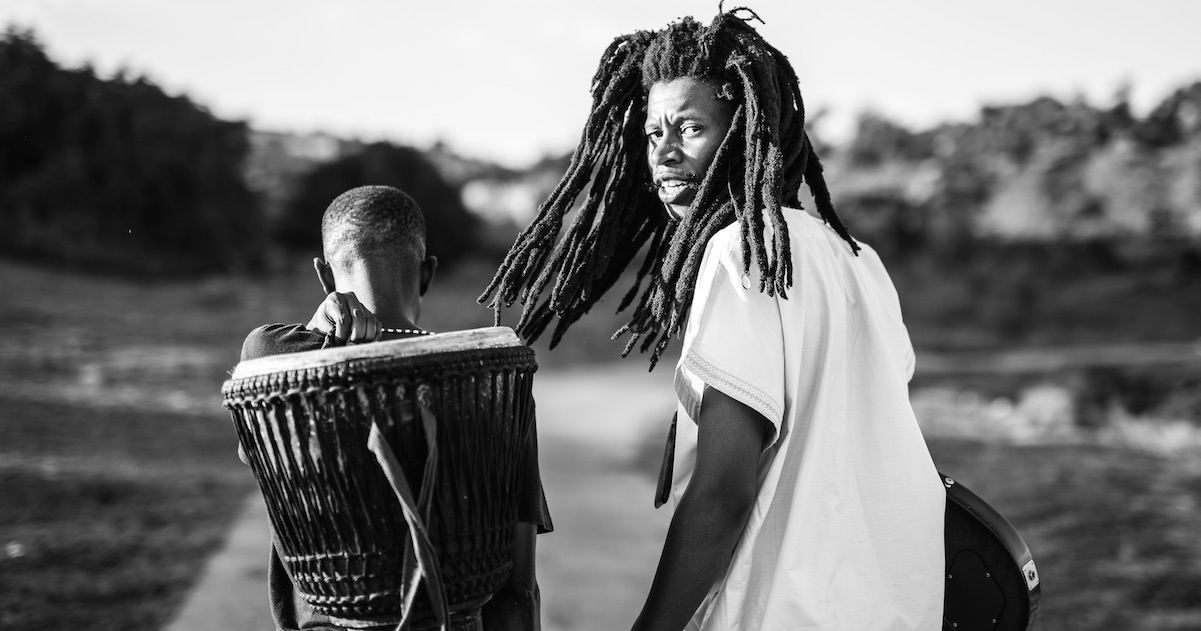 The launch of a brand new South African label heralds a new era for the malombo sound. Step up guitarist and singer, Sibusile Xaba.

The first of the label's releases is by Sibusile Xaba and reflects the broader, malombo-inspired approach which frames the label’s ethos. A guitarist, based in Pretoria, he sought out Philip Tabane in his nearby Mamelodi township to see if he would mentor him; in and amongst a broader span of influences, his tutorship by the legendary artist has fed into a creative drive to find new ways of doing things.

On Open Letter to Adoniah (the first part of Sibusile’s double-album, recorded in 2016), the mood is solemn, with repeated phrases echoing the series of dreams that inspired it. Unlearning (the second part, recorded in 2015), sees Sibusile’s rapid finger-picking take the lead from Bonolo Nkoane’s urgent, wrong-footing drum patterns. Across both, his lyrical guitar playing is the captivating focus.