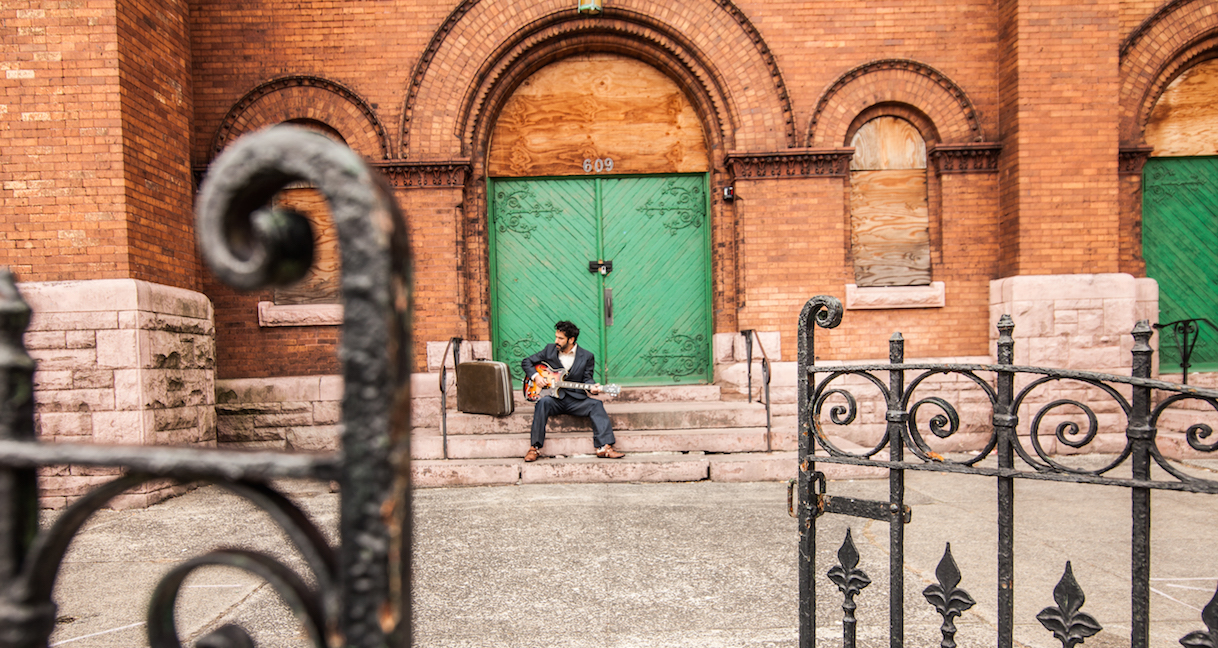 Gitkin sold guitars. To be precise, he re-branded, sold and traded knock-off Gibsons. A lone, travelling salesman, he toted his counterfeit wares to guitar stores and music emporiums. His trade took him to most corners of the USA, passing through big, smoggy cities and nowheresville small towns. His nights were spent at not-so-salubrious motels. It was at those nocturnal stop-offs that he’d often cross paths with newcomers to the States. His fellow travellers were mostly immigrants, newly-arrived, from places like Ethiopia, Mexico, Indonesia.